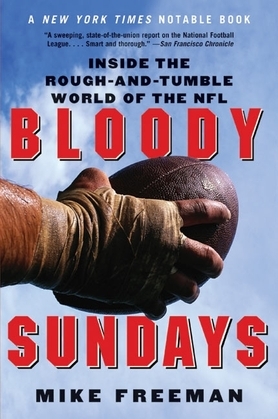 Bloody Sundays: Inside the Rough and Tumble World of the NFL

In Bloody Sundays he dissects the NFL, spotlighting the personalities and the politics that shape the game on and off the field, exploring how the game has influenced American life and culture, and identifying the issues and challenges facing the game today—from violence on the field to the maniacal coaching methods of Super Bowl winner Jon Gruden, to physical injury and longevity, to race and labor relations. Here, too, are the legends, heroes, and plays that make the game what it is, including a groundbreaking exclusive interview with an active gay player.

Part investigative journalism, part critical analysis, and part tribute, Bloody Sundays uniquely captures the entirety of the league in all its greatness and ugliness.