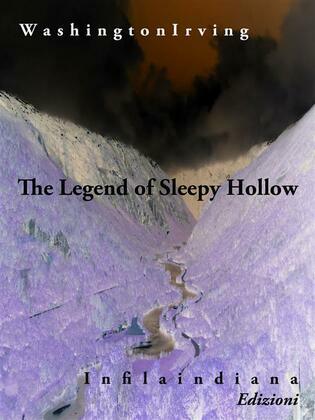 The Legend of Sleepy Hollow

The Legend of Sleepy Hollow is a short story where myth and mystery are central topics.

Published in 1820 and set at the end of Eighteenth Century in the United States, the novel is dominated by the spectral and disquieting figure of Headless Horseman, the ghost of a man who lost his head during some battle of the American Revolutionary War and who rides in the middle of the night in desperate search of it. Numerous are the film adaptations of the story like, for example, the particularly dark one by Tim Burton (1999).

Washington Irving was born in New York on April 3rd 1783, just after the American Revolution, so that his name is an homage to George Washington. In addition to fantasy novels (like Rip van Winkle), his name is liked to other stories as the Tales of a Traveller (1824) and to some theatrical works. The merit of Washington Irving is to have legitimized American literature, yet achieving success also in Europe. He died in New York on November 28th 1859.